Rails Girls comes to Warsaw: join the free, two-day crash-course to the exciting world of building web applications with Ruby on Rails.

Rails Girls aims to give tools for girls and women to build their ideas.

You learn designing, prototyping and coding by doing it with help from our coaches.

You want to help? We are looking for volunteers and Rails coaches. Email us.

Have more? Send us the link at railsgirlswarsaw@gmail.com

What we have done during the event?

Most of the participants were begginers- either they have never been programming or just a little in the past. During the first day they were learning how to code using tryruby.org and during second day they made their first applications.

One of the groups (coach Tomek, Ania, Paula, Ola and Wojtek) developed an advanced version of the app. It’s an application for making a record of Rails Girls events – together with photos and videos of the participants. Every event is described with the date when it was held and location marked on the map. You can add photos of the participants and videos from the event. Every member might add her name, e-mail and few words about.
You can see it here: Meet Rails Girls!

Relacja z Rails Girls Warsaw 2012 i prezentacja "Anyone can cook"

Rails Girls Warsaw is co-organized with our awesome partners.

Google doesn’t need to be introduced to anyone. But let’s remind the company’s mission, which is to organize the world’s information and make it universally accessible and useful.

Github Originally founded by Tom Preston-Werner, Chris Wanstrath, and PJ Hyett to simplify sharing code, GitHub has grown into the largest code host in the world.

Positionly is a must have tool for every website owner who's serious about the position in search engines. Positionly makes website tracking and analyzing simple, and something you’ll actually enjoy.

cdp.pl is a new project from CD Projekt, the most awarded and recognizable PC and console videogame distributor. The company focuses its operational activities on the Polish market continuously since 1994.

314 Apps is a UK based software house who provide high-quality bespoke software solutions to ensure that your business runs smoothly and efficiently at the front-end and behind-the-scenes.

Touk is the team which makes IT better and simpler for big companies. We care a lot about software craftsmanship. We have fun using new technologies. We solve problems.

Applicake is a polish company, that builds web and mobile applications. Called "Ruby on Rails Gurus...“ by the Editor of TechCrunch Europe, Mike Butcher.

piankablog.pl one girl focuses on sweets and gets the best advice for mastering desserts. 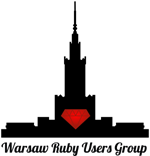 Who is this aimed for? Women of any age with basic knowledge of working with a computer. We’ve had people of all ages taking part. Most of the program is run in english and please bring your laptop.

How do you choose the attendees? We want a diverse group of people who are motivated and curious about learning.