Here in DC, we're about more than just politics and monuments, we have a strong technology community that loves Ruby and Rails. Rails Girls DC hosts 2-day workshops to introduce women to Ruby, Rails and the local programming community.


Our workshop will once again be run alongside RubyNation.

Sponsors: Interested in sponsoring the Rails Girls DC Workshop this year? Here is info on how you can help!

Designers/Illustrators:Do you have cool logo or graphics ideas for our Rails Girls T-shirt and stickers? We'd love to hear them! Maybe your idea will be chosen for this year's workshop! If so, email us(railsgirlsdc@gmail.com).

Join us for our sixth Rails Girls DC event: a free 1.5-day workshop where participants will discover the exciting world of web development through Ruby on Rails. With the help and guidance of our coaches, attendees will create a real web application in a fun and relaxed atmosphere while meeting new and experienced developers. You can find out more about Rails Girls here.

Applications are now closed, but if you're interested in attending, shoot us an email (railsgirlsdc@gmail.com).

Please note: To minimize the number of "no-shows", accepted applicants will be required to pay a registration fee of $5.00 in order to register.

RailsGirls DC wishes to thank all our sponsors for their support of this event. 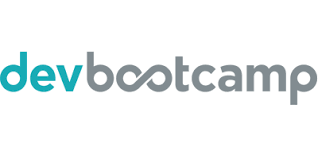 You can find Rails Girls participants at many DC area meetups, including:

The fifth workshop kicked-off RubyNation for the third consecutive year. Over 50 women, 25+ coaches, and 10 sponsors help to make this event a success!

The fourth workshop was held in conjunction with RubyNation for the second consecutive year. Over 40 women took part in the two day event. Thanks in large part to the generosity of 17 sponsors and over 20 coaches and volunteers this workshop was one of our largest to-date.

View photos from the event!

The third workshop was alongside RubyNation and was a day full of hacking and education relating to Ruby, Rails, and becoming successful in the field of technology.

The second workshop was part of DCWEEK and held in Microsoft's Offices. This workshop was attended by about 40 participants, 12 coaches and a few organizers and volunteers.

Held at LivingSocial's office, the first Rails Girls DC received over 170 applications! This workshop was attended by about 40 participants, 16 coaches and a few organizers and volunteers.